A Guide to Cannabinoids – A Comprehensive Overview

What is a cannabinoid?

A cannabinoid is a chemical compound that acts on a cannabinoid receptor in the human body. It typically delivers a balancing and harmonizing effect, which is why cannabis is viewed with so much revere from the medical perspective. Operating at the cellular level, the cannabinoids delivered through the intake of the plant relieve pain, induce sleep, revive hunger, and have a myriad of other beneficial effects, which can be utilized medicinally or as a lifestyle to restore, promote, or maintain normal, healthy living.

The highest concentration of cannabinoids can be found on the flowering parts of female cannabis plants, within the thick, sticky resin produced by the gland-like structures called trichomes. Small and delicate, trichomes look similar in form to tiny mushrooms, are crystal in color, and their size and density are good indicators of the plant’s cannabinoid concentration. While the leaves and stems of the buds also contain cannabinoids, the concentrations, and concequently the therapeutic potential is significantly lower.

How do cannabinoids work?

A cannabinoid is a chemical compound that acts on a cannabinoid receptor in the human body. It typically delivers a balancing and harmonizing effect, which is why cannabis is viewed with so much revere from the medical perspective. Operating at the cellular level, the cannabinoids delivered through the intake of the plant relieve pain, induce sleep, revive hunger, and have a myriad of other beneficial effects, which can be utilized medicinally or as a lifestyle to restore, promote, or maintain normal, healthy living.

In order for a therapeutic effect to take place, a cannabinoid must enter the bloodstream and travel up to the brain, where it can trigger the release of a neurotransmitter responsible for providing symptomatic relief. There are 4 primary methods of absorbing cannabinoids into the human body: 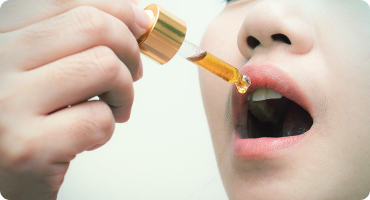 The most common medical use of CBD and other cannabinoids occurs sublingually. Because this method allows for the isolation of specific cannabinoids (formulation), strict dosage, and easy delivery, it is the go-to for many medical patients. In the form of oil, the cannabinoids are held under the tongue for a minute to a minute and a half, giving the mucus membranes the opportunity to absorb the chemical compounds. Via the sublingual method, cannabinoids can bypass the digestive system and the liver, reaching the bloodstream much more quickly. In doing so, the administered dose remains truer to what was intended, as the cannabinoids avoid being broken down and reduced by the enzymes of the stomach on their way to the liver. 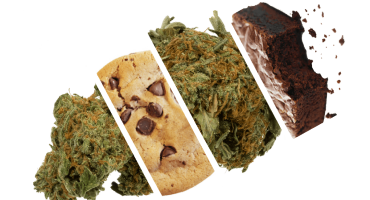 Oral administration of cannabinoid treatment is also fairly common. Edibles are very popular and provide a strong, reliable effect. When cannabis is eaten, it travels to the digestive system. First, the compounds enter the hepatic portal system of the stomach where they are carried to the protal vein, from where the molecules are delivered to the liver. The liver metabolizes the cannabinoids, finally allowing the molecules to reach the bloodstream. Of all the forms of consumption, oral ingestion takes the longest time to provide therapeutic effects, often requiring a delay of as much as two hours before anything can be felt. Moreover, through the process of digestion, the amount of the molecules that ultimately passes into the blood is significantly reduced, making proper dosing more difficult. 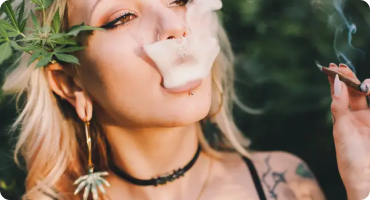 When cannabinoids are inhaled, such as through a vaporizer, pipe, joint, or bong, the molecules from the plant travel to the lungs, where they reach the large surface area of the organ and become absorbed through the alveoli. Once the cannabinoids enter the lungs, they are imstatictely transferred into the bloodstream, which explains why the effects from smoking are quickest to be felt. It is also important to state that smoking allows for a high amount of the compound to enter the system, as opposed to being lost in the delivery method. Because inhalation occurs after the cannabis flower is heated, it is possible to regulate the temperature at which decarboxylation (the process of unlocking the cannabinoids through administration of heat) takes place. Terpenes are activated at different temperatures, which enables the user to personalize their medication even further. 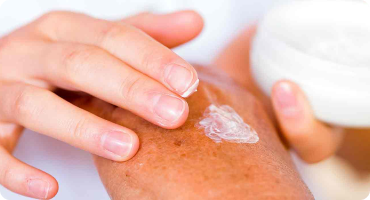 When cannabinoids (most often in the form of CBD) are applied topically - or directly onto the skin - the medicine does not reach the bloodstream at all, but can rather get absorbed through the surface of the skin sufficiently deep to reach nearby cannabinoid receptors. In order to permeate the skin better, which is already difficult for cannabinoid molecules to do, it is recommended to apply balms, sales or lotions very heavily, in order to compensate for the skin's low permeability. Topical cannabinoid treatments are most often used in pain abatement cases.

The cannabis plant does not directly make the therapeutic cannabinoids that most consumers are after, be it THC, CBD, or any of the others. The plant actually synthesizes a number of cannabinoid acids which are activated by heat - a process called decarboxylation - to yield the desired molecules. Each cannabinoid acid can be subsequently decarboxylated into a corresponding cannabinoid. When exposed to heat energy or ultraviolet light, the acids lose the “A” portion of their chemical makeup and convert to neutral, non-acidic plant cannabinoids.

While THC is the only known cannabinoid to have an clearly intoxicating effect, each individual cannabinoid has its own unique uses and applications.

Are You Eligible to Visit StrainRx?

StrainRx operates in compliance with state laws regarding access to cannabis and the information on this website has not been evaluated by the Food & Drug Administration. Information is shared for educational purposes only.